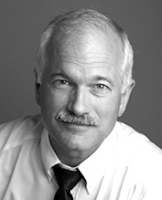 Canada has lost a champion ... a man who took this country to a new level in the political realm ... a level of respect, decency, positive-attitude and none of the mud slinging that has so characterized the Liberal and Conservative practices over the last few years. The Honourable Jack Layton, PC, MP died this morning at his home in Toronto at age 61.    I extend my condolences to Olivia and the family.

The President of the NDP, Brian Topp, best described Jack Layton's contribution to Canadian politics, “He taught us some things that we must not forget, he taught us that the alternative to the kind of angry politics that you see in so much of North America these days is it’s opposite. That basic note of hopefulness and optimism was his antidote to angry and small politics and I think you can see in the remarkable result he got that people responded extraordinarily well. Because that’s what they’re looking for. Nobody can replace Jack Layton, but it falls to us to carry on his work.” (Source: Globe & Mail)

i was shocked and i'm so sad to hear of his passing. I was hoping he could beat this.

T12, I think we were all hoping but at the same time recognizing the reality - as much as I know I tried to avoid it and hope for the best. We've lost one of the good ones.

It was on his face when he bowed out in July, and my heart broke then. A very good man. One of the best.
XO
WWW

WWW, you're right about that. We will miss him.