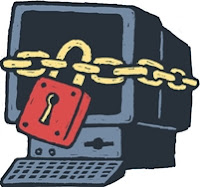 Security experts have discovered the biggest series of cyber attacks to date, involving the infiltration of the networks of 72 organizations including the United Nations, governments and companies around the world.

Security company McAfee, which uncovered the intrusions, said it believed there was one "state actor" behind the attacks but declined to name it, though one security expert who has been briefed on the hacking said the evidence points to China.

The long list of victims in the five-year campaign include the governments of the United States, Taiwan, India, South Korea, Vietnam and Canada; the Association of Southeast Asian Nations (ASEAN); the International Olympic Committee (IOC); the World Anti-Doping Agency; and an array of companies, from defense contractors to high-tech enterprises.

In the case of the United Nations, the hackers broke into the computer system of its secretariat in Geneva in 2008, hid there for nearly two years, and quietly combed through reams of secret data, according to McAfee.

Seriously? China has finally been caught doing what the US et al have being doing for years?
As if there are secrets anywhere anymore.
XO
WWW

Methinks that even CSIS probably has its staff hacker(s)! The breadth of this is catching everyone's attention. I think if we knew the scope of international espionage on so many levels, it would take our breath away.