For Libya, time will tell 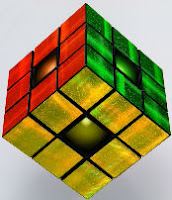 Not sure if anyone else feels the same, but I have a sense of déjà vu with the western attacks on Libya.
Iraq anyone?
The difference this time is that there is, what appears to be, a popular uprising against the Libyan leadership – something that was not evident in Iraq when the US led attack began March 20, 2003. Interesting to note that was eight years ago today.  Is anyone lighting an anniversary candle for the Iraqi people?
The question for me is this, is the west going to get mired down in Libya the same way it did in Iraq? The Middle East tribal culture is something we don’t understand in the west and while we may think that western-style democracy is the answer, that ain’t necessarily so. Look no further than Afghanistan to try to understand the complexity of tribal rule.  Puppet Presidents do not a democracy make.

I understand that the apparent start of these middle eastern revolutions was in Tunisia when Mohamed Bouazizi, the fruit vendor who died after setting himself on fire, became a symbol of defiance. That was the start in Tunisia, but what about the rest of the Arab world where such apparent revolutions are spreading faster than the H1N1 virus? Is it possible, conceivable even, that there is another agenda at play here?

I can’t help but wonder if perhaps the government in Iran might be providing some of the financing and fuel for these *spontaneous* revolutions. It’s no secret that the government of Mahmoud Ahmadinejad, the President of Iran, has long been interested in exporting the Sharia law foundation of the Iranian revolution. Was the Tunisian uprising simply the opportunity that presented itself to Iran?

Of course the other question is that Barack Ombama is doing pretty poorly in the polls at the moment.  Rev up a war - play the role of the great western hope, help the sluggish economy to build more bombs.  Hmmm ... not a bad plan from Obama's political agenda viewpoint.

As the French military jets fly over Libya and attack Libyan government bases and began the slow destruction of the infrastructure that we saw in Iraq, the question for me is who is going to benefit from this in the long term? Is there more at stake here than the “protection of the Libyan people”? Time will tell.

You hit the tribalism right on. This is a tribal uprising from the history of Libya's politics. Hard to know if this is a popular uprising without knowing what the majority think. Some things are evident though. Civilians don't protest with AK47's and anti aircraft guns. That is called an armed insurection. If that were to happen in Canada our military and police forces would be doing the same thing. Check out the response to the G20 meetings in Toronto, or the FLQ crisis in 1970.
Does the Un resolution not call for protection of civilians only? Should the "no fly zone" have the desired result is Lybia to be left in place minus Bengazi and Tobruk? This has the feel of one of those hair brained, not well thought out, French missions of glory. Consider Bahrain where Saudi forces just intervened to put down a popular uprising against actual unarmed civilians. Similarities between this and Iraq, and Afghanistan is tribalism and religion - period. Democracy and freedom are being used for the pretext. Are we ever going to learn.

Obama is not the only one who could benefit from a "war" .

Harper has declared that "Canada is at war".

How can the country possibly go into election mode , when we are at war ?

Some of the speculation is that this will be a long and drawn out conflict ,wouldn't a protracted war , be of benefit to both Obama and Harper ?

Harper could take a hardline on domestic issues, he could justify invoking the War Measures Act and put a hammerlock on parliament . This could also make the case for the purchase of the F-35s .

Obama is seen to be weak ,this could propel him in polls , as the American people appear to have more respect for a wartime leader .

With the world economy shattered to shreds there is no finer time for a world war.
With two invasions-without-end already in place why not ramp up what's left of the military and their attendant profiteering war machines and go out in a blaze of glory.
Everyone's a winner, politically, apart from the downtrodden remnants of the war shattered, decimated victim-nations.
Next?
XO
WWW

Not to nitpick, but the actual quote from Harper while speaking in Paris was, “We should not kid ourselves. Whenever you engage in military action - essentially acts of war - these are difficult situations.'' That’s quite a bit different from suggesting that we are AT WAR and the War Measures Act could be activated. The WMA, by the way, expired in 1971. In 1988, the Tory government of Brian Mulroney introduced Bill C-76, the Emergency Preparedness Act. At the same time the Emergencies Act was introduced, and passed, as a replacement for the War Measures Act, which was repealed under Bill C-77.

Hey Brad, thanks for your feedback here.

Good point about the “popular uprising”. Hard to determine who or what would constitute a majority in this instance. I think the presence of the big guns is due to the fact that APPARENTLY a significant number of military people have gone over to the revolutionary side and brought their toys with them. You’re right about a government response although the context is VERY different.

The UN Resolution 1973 (2011) “authorized Member States, acting nationally or through regional organizations or arrangements, to take all necessary measures to protect civilians under threat of attack in the country, while excluding a foreign occupation force of any form on any part of Libyan territory.” To me, it’s interesting to note the five abstentions from the vote: Brazil, China, Germany, India, and the Russian Federation. There could have been a veto among the 15 voting members but there wasn’t.

Considering that Obama, Sarkozy and Cameron (US, France & Britain) are all having political issues at home … one can’t help but wonder how much they’re trying to refocus national attention and if that’s why they were so fast off the mark to enforce the no-fly zone.

Hey there wildwebwoman, you know the more I think about this, I can’t help but think in terms of the crusades. It may be a stretch but there’s a throwback to the 12th century when Saladin was in Jerusalem and Kings Phillip of France and Richard of England mounted a campaign to rescue the city. In much the same way the two kings appointed themselves as saviors of the lost city, the western leaders seem to be assuming a similar role with their sombre pronouncements and actions. As Brad and I said in our recent exchange here, tribalism and religion are the driving forces here. I don’t think we have a place.

Be careful whom you quote ,I took the "We are at war" from CBC .

God almighty , what don't I know ?

Thanks for today's lessons ,is my face red?

Never too old to learn though. :)

"Considering that Obama, Sarkozy and Cameron (US, France & Britain) are all having political issues at home".

Are you implying that Harper has smooth sailing in this country ?

" The WMA, by the way, expired in 1971. In 1988, the Tory government of Brian Mulroney introduced Bill C-76, the Emergency Preparedness Act".

Not wanting to appear petty, let me rephrase the question ,could Harper invoke the Emergency Preparedness Act to suit his owm purpose ?

Ursula asked, "Are you implying that Harper has smooth sailing in this country?"

No. You're making a leap of logic that I couldn't comprehend. Canadian warships are not firing cruise missles into Libya at the moment. The other three countries are.

Ursula asked, "Not wanting to appear petty, let me rephrase the question ,could Harper invoke the Emergency Preparedness Act to suit his owm purpose?"

Might be a good idea to read the Emergency Management Act (2007, c. 15) http://laws.justice.gc.ca/en/ShowTdm/cs/E-4.56/ Once you've done that, you probably will answer your own question.

Too bad that you have attracted a troll.You handled it well though

Thanks GFB, appreciate your contribution. You're right about the two territories. There were three provinces: Cyrenaica, Fezzan and Tripolitania.

From 1943-51, Tripolitania and Cyrenaica were under British administration, while the French controlled Fezzan.