Perhaps they will, when they grow up 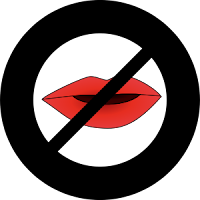 There’s an important debate going on at Carleton University in Ottawa concerning the freedom of expression in this Canada. A similar debate also has happened at the universities in Calgary, Victoria and Guelph but the one at Carleton has the potential to become a constitutional challenge issue.

The question is whether a Carleton student anti-abortion group has the right to be a part of the university’s student community in terms of holding public demonstrations and having club status within the student structure similar to political, religious, ethnic, and other special interest groups.

Carleton University's student association recently upheld a decision to withdraw funding from the campus anti-abortion club Carleton Lifeline and revoke its club status at a constitutional board hearing. That decision followed a public display by Carleton Lifeline members using images of bloody fetuses. The club's president and several of its members were arrested on trespassing charges during the October demonstration.

Carleton Lifeline was told its constitution conflicts with the Carleton student association's discrimination on campus policy. That policy reads: “any campaign, distribution, solicitation, lobbying effort, display, event etc. that seeks to limit or remove a woman's right to choose her options in the case of pregnancy will not be supported.” However, legal experts say that policy contradicts the Carleton student association's own governing bylaws.

Those bylaws outline one of the association's aims as “maintaining an academic and social environment free from prejudice, exploitation, abuse or violence on the basis of, but not limited to, sex, race, language, religion, age, national or social status, political affiliation or belief, sexual orientation or marital status.”

The Canadian Charter of Rights and Freedoms guarantees the rights and freedoms set out in it subject only to such reasonable limits prescribed by law as can be demonstrably justified in a free and democratic society.

Section 2 of the Charter says this:
2. Everyone has the following fundamental freedoms:
(a) freedom of conscience and religion;
(b) freedom of thought, belief, opinion and expression, including freedom of the press and other media of communication;
(c) freedom of peaceful assembly; and
(d) freedom of association.

The general counsel for the Canadian Civil Liberties Association, Nathalie Des Rosiers, says about the Carleton situation, “I think a freedom-of-expression issue would be raised. In my view, probably denying the right to a pro-life group to express themselves would not be acceptable.” Des Rosiers says that denying anti-abortion groups a voice in upholding policies is dangerous, because it sets an alarming precedent for future debates. “When they're approaching this issue, they should not diminish their responsibility toward ensuring that university campuses are places where ideas can circulate freely,” she said.

It’s disturbing to see university students attempting to shut off debate, either through denial of funding to a group such as Carleton Lifeline or outright refusal to permit a demonstration of the group’s message. It shows a serious lack of tolerance for another’s message. What would have happened, for example if the student association here at Memorial University had last week attempted to stop the demonstration in support of the civil unrest in Egypt? How long before any number of groups would be jumping all over the student association as dictatorial, biased, intolerant, etc? Why do we not hear a similar outcry about the attempt by anti-abortion groups to present their message? How about if it was a pro-euthanasia group?

The bottom line is that you either support freedom of expression or you don’t. You can’t cherry pick and still expect to be taken seriously as a supporter of individual freedoms. Because you don’t agree with someone’s moral position or values belief doesn’t make your opinion correct but that appears to be something that some unenlightened students at Carleton University, who are members of the student association executive, have yet to learn. Perhaps they will, when they grow up.

"Perhaps they will, when they grow up." Nope. They are already being nurtured in the thoughts that only one way of thinking is correct ,theirs. More creeping tyranny.

GFB, as frightening as that sounds, I think you're right. The "me" generation is going to get far worse before we see any improvement.