The oink factor in Canadian politics

There are two parts of the democratic framework in Canada that are a waste of money.
First is the monarchy and all that goes with it. We accept a foreign citizen as the head-of-state of this country whose only claim to fame is that she is descended from some German monarchists who were long ago discarded as being useless. Then, we appoint Canadians as pseudo-royals to stand in for the descendants of the Duke of Saxe-Coburg-Gotha. Surely, there must be a made-in-Canada solution which is better than bowing and curtsying to Elizabeth Windsor (note the name change to make them sound more British) and her privileged family. 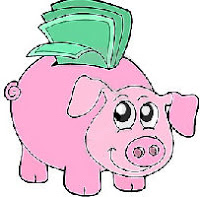 The second part of our democratic framework I think should be given the heave is the Canadian senate. It is a bunch of political hacks and backroom boys and girls who are supposed to form a chamber of sober second thought. Talk about a joke. The few truly bright people who were appointed to the senate are so overwhelmed by the ones who are there for the free parliamentary lunch that it’s a joke. And it’s not a cheap joke. The base annual salary of each senator, as of 2010, is $132,300.

Most of them are there for the pork-barrelling. On top of the $132,300 per year, they also get research grants of at least $30,000 per year; an office budget of at least $20,000 per year; a tax free expense allowance of at least $10,000 and free business class flights for senators and their families, as many as 52 return-trip flights a year. Economy apparently is not good enough for the privileged few.  Those of us who pay for all of this can only afford economy.

Total cost to the Canadian taxpayer for the senate? In a speech today in Ottawa to the Canadian Study of Parliament Group, Jack Layton said it costs $859,000 a year for each senator in the 105-member chamber. Using my trusty Dollarama calculator, that works out to about $90,195,000. The senate has been criticized as being a waste of public resources, a rubber stamp, not accountable, and a comfortable place for aging politicians. Check all of the above.

For any of those of us with memories long enough, we might recall Stephen Harper about five years ago (hmmm is that around the same time he was elected prime minister?) saying he would never appoint senators – thought it was a wrong thing to do. Hmmmm, wonder what happened to that firmly held principle between now and then? Well, gosh, a fella has got to take care of his friends, right? Harper has demonstrated time and again that his values are very variable – depending on the circumstance. Talk about a greased pork barrel.

The NDP’s Layton said it’s a common practice of the Tories and the Grits – when they’re in government – to appoint party bagmen, unsuccessful candidates and even their national campaign managers to the Red Chamber. That allows them to work on re-election and campaign strategy at taxpayer’s cost – and not from their party’s budget. (Chances are, by the way, that Layton would do the same thing in the unlikely event he was ever “in power”.)

A quick check of the membership shows he’s right. 64-year old Doug Finley is a shining example of that. Human Resources Minister Diane Finley's husband is the ultimate insider: He was campaign manager for Stephen Harper's 2006 and 2008 election campaigns and director of the party's public operations. Wonder if he’s now spending his senate energy on the 2011 campaign with the assistance of all of those free flights since he and the missus do live in Ottawa?

Don Meredith is another example. The Jamaican-born Pentecostal preacher leads and helped found the Toronto Faith Alliance, which is dedicated to fighting gang violence. A community activist, he has worked with the police to tackle the underlying causes of youth crime. His main claim to a senate seat? He carried the Conservative banner in a 2008 by-election that sent Liberal MP Bob Rae to Parliament.

And of course, don’t forget Mike Duffy. The so-called journalist from CTV showed his true stripes when Harper appointed him as a Tory senator. Now, that he’s got his new gig-for-life, he’s completely forgotten his former suspect impartiality and is one of the biggest shills for the Tories. Sure beats having to work for a living.

The monarchy and the senate? Flush ‘em both. In the words of former Canadian prime minister Brian Mulroney, "there's no whore like an old whore".

I second that emotion.

I'm not a fan of the monarchy - never was. But I really think the senate is a waste of money. A place for old farts - those rewarded by Prime Ministers for favours of years past. It’s pork barrelling at it’s best (or worse).

Which is why I was disappointed that Beth Marshall took a position in the upper chamber. She was gung-ho to out the old boys club at the legislature where free money reigned supreme, without any accountability. Then she joins the senate? Pot meet kettle.

Precisely and I guess that’s why the appointments of Mike Duffy and Pamela Wallin irk me so much. For most of their alleged professional lives, they played the impartial journalist committed to truth, etc. Now, we get to see their true colours – where green is the dominant theme. Way too many pots and kettles in that crowd.

Being Irish, VP, I have no time for the monarchy, never have.

As to the Senate - our emperor who like to prorogue when things get a bit antsy used the Senate to quelch that Climate Change thingie, I would like to see a list of all the holier than thous who voted for it.

It is astonishing what we the tax payer allow, isn't it. Green talks....

The "emperor" talks out of the both sides of his mouth at the same time. His wardrobe is deceit.