Gnashing of teeth and rending of clothes 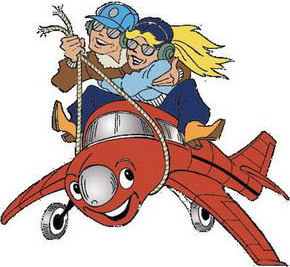 There seems to be a lot of time spent in media lately weeping and moaning with considerable gnashing of teeth and rending of clothes over delays in international and domestic travel.

It seems that I’ve heard more than a fair share of people affected by these delays suggesting that the planes should be flying out of Europe and that the ferries should be sailing across the Cabot Strait - 30 tons of snow and 9 metre waves be damned. In some cases, these are the same people who will be photographed naked in order to get on an airplane, all in the name of safety … but when it’s a simple matter like a lack of de-icing fluid, they want to fly anyway.

There’s a sense of entitlement on the part of travellers this time of year that boggles my mind. They will set out on long journeys without considering the potential consequences and then when things don’t go quite the way they planned, they will demand that the service providers look after their needs. They never seem to expect the unexpected.

As an example, I’ve heard of people stranded by the winds in Cabot Strait suggesting that Marine Atlantic is responsible for their well-being while they wait. No, Marine Atlantic is responsible for getting them safely across the Strait – the rest is up to the passenger – how you get to the ferry terminal and what happens if there is a delay. Packing along a blanket or two and some food might not be a bad place to start, not only because of possible delays, but what happens if you get stuck in a snowstorm like they did in Ontario? Being winter ready in this climate is not just a good idea, it’s an essential idea that could end up saving your life.

We take travel for granted in this day and age – that we can cross continents in a matter of hours or sail across a significant chunk of the Atlantic Ocean in about six hours. From time to time, there are going to be delays whether it’s an act of God or an energy imbalance in our collective karma. Whatever the cause, taking on the role of victim only provides for good tabloid coverage.