Too much to hope for 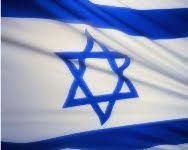 I’m reminded of the song from The Sound of Music, “How do you solve a problem like Maria?” Only this time the phrase “middle east” would replace Maria. Watching the news unfold about the ship trying to run the Israeli blockade of Gaza makes one wonder about the propaganda on both sides. If the flotilla’s real objective was to bring aid to Gaza, then it would have done what the Israelis requested (and five of the ships did, by the way) and sail into Ashdod and the supplies were transported to Gaza. But there was one ship & crew that decided not to follow the rules and tried to force its way through. People were killed and injured when the Israeli soldiers boarded the ship. I remember seeing an interview with one woman who brought her infant son on that ship saying something about her son being in danger. Doh! Quite frankly lady – how stupid can you be? They don’t want to understand that for the Israeli government, NO means NO. I don’t agree with the blockade of Gaza but I also realize the Israelis are still fearful after the attempted elimination of the all Jewish people only two generations ago. Now, as Prime Minister Netanyahu has said many times, an extreme Islamic theocracy pledged to the destruction of Israel (anyone hear echoes of Hitler?) is getting nuclear weapons. The Israelis have every reason to be frightened … we would be too if we were in their position, but as armchair quarterbacks a million miles away, it’s easy to be critical. That’s what’s happening at the United Nations in New York - that safeguard of humanity in places like Rawanda, Darfur or Zimbabwe. If only the UN were able to speak with the same forcefulness of those situations as it routinely does against Israel. But that’s too much to hope for.

I usually avoid commenting on this area VP because it is so maddening, but interesting write-up too.

Every generation who ever watched tv have always been treated to the never ending hatred and violence over there between two religious groups. Before radio and tv, there were Arab-Israeli conflicts, and perhaps much of the world did not know much about the failures of humanity and the backwardness of their religious walls. For decades I have seen the same scenes played out in that particular hell of eternal turmoil. It is amazing how getting along can still be so difficult to figure out. In this case, religious beliefs play a central role. Goes back to one group, the Israelis, expected to live in their promised land, and the for Muslims, part of the area was "promised" to them too. Conflicts, and massacres were growing prior ww2, as more Jews moved into Palestinian land. The the UN decided in 1948 to make a "two state solution", which the Arab world voted against. War immediately followed, and it's been bloody hell since. One estimate has more then double the Arab deaths from 1950-70, 51,000 altogether.

It's just incredible how insane the whole thing is. For peoples who strongly believe in God, don't they see they are very "unGod-like"? What kind of sick irrational God would condone slaughtering 1000s constantly! But really, what sick, ancient, and dark aged interpretations of scriptured words. It's really time their religious leaders and some rational people sought to communicate, analyze and share thoughts on common basic needs, and what is obstructing peace - and realize that it will never end of they don't.

I appreciate your reluctance to jump in Charlie ... I've thinking about this for quite awhile before I decided to offer a few thoughts. I share your frustration.

I guess when you're so preoccupied by hatred and fear, it's hard to do the communication thing and that's certainly what's going on there ... both sides have their sponsors and that's what maintains the flow of violence. It's like the Buddhist prayer on my page says, "all brothers and sisters, all nourished from the same source of life." If only they could hear that. Sometimes being the victim makes us hard of hearing.