Crosby still in recovery - not ready for training camp 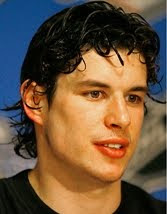 There still is no timetable for a return, but all parties were optimistic and convinced Crosby will return and have a long NHL career. In fact, Crosby said he didn’t think a lot about retirement, and when asked if there is a chance he’ll never play again, Crosby responded: “I wouldn’t bet on that.”

Dr. Collins added that he is “optimistic Sid will have a very long, fruitful career.”

More to come from the media conference, but here are some quick key quotes.

Crosby:
“Mentally I feel the best I’ve felt. It’s been a tough road. I did not give a lot of thought to (retirement).”

Dr. Collins:
“I anticipate Sid returning to hockey and playing well in the future. He’s made significant progress, but he won’t play until he’s 100 percent.”

“We’ll introduce contact in a systematic, careful way. The prognosis is excellent that he won’t have long-term problems from the injury.”

“I’m optimistic Sid will have a very long, fruitful career.”
Shero:
“(Sid) is worth the wait. He won’t be rushed. We’re pleased with his progress.”