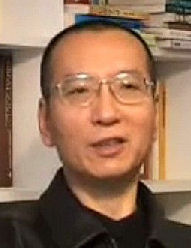 Almost every country in the world considers it a great honour when one of its citizens wins a Nobel prize, and especially so the Peace Prize because of what it means. Not so the communist government in China. The Chinese government accepts no interference in its tragic human rights record and addresses such issues strictly in terms of one question: What serves the Communist Party’s complete grip on power?
Its response to Liu Xiaobo’s selection as the winner of the 2010 Peace Prize shows that so very clearly. The 54-year-old scholar and author, who won the prize for his outstanding contribution to human rights, is currently serving an 11-year sentence on charges of “inciting subversion of state power” imposed after an unfair trial. The Chinese Communist government immediately blacked out news of the award, calling the decision a “desecration” of the peace prize. News inevitably will leak out, but the government will insist that foreigners are meddling in China’s internal affairs; already Liu’s wife has been placed under house arrest immediately after reportedly visiting her husband in prison.
As the New York Times reported, the prize is an enormous psychological boost for China’s beleaguered reform movement and an affirmation of the two decades Mr. Liu has spent advocating peaceful political change in the face of unremitting hostility from the ruling Chinese Communist Party. Blacklisted from academia (he is a literary critic) and barred from publishing in China, Mr. Liu has been harassed and detained repeatedly since 1989, when he stepped into the drama playing out on Tiananmen Square by staging a hunger strike and then negotiating the peaceful retreat of student demonstrators as thousands of soldiers stood by with rifles drawn.

There have been enormous changes in China since 1989 but the one area that remains a tragedy is with regard to human rights. The Chinese government tolerates no criticism from inside its borders and even less from outside. One of its immediate reactions to the awarding of the Peace Prize was to cancel a meeting between the fisheries ministers from China and Norway – in effect punishing Norway.

The disappointment in all of this is how cautious western governments have been in criticizing China’s human rights record. The message is very clear – when it comes to trading with the Chinese behemoth, human rights are far down the list. As I look around the room this morning, I realize that nearly everything in here has a ‘made in China’ tag on it. China’s exports trump every other nation on earth. Their economic power, as witnessed in Africa of late, is so huge that western governments tread very lightly when criticizing the Chinese government in any area while thousands of Chinese citizens suffer and die in the gulags.

When will we develop the backbone to stand up for the Liu Xiaobos of the world and let human rights trump trade?  Can we?