Depends on which end of the shovel ... 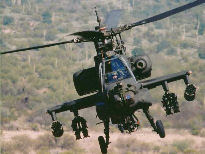 What’s the old expression … all is fair in love and war? Guess it depends on which end of the shovel you find yourself. Take for example a US Army helicopter attack on a group of people in Iraq. The stark Apache helicopter gunsight video of the July 12, 2007, attack has been widely viewed around the world on the Internet since its release on April 5. US Defense Secretary Robert Gates criticized the Internet group Wikileaks on Tuesday over its release of the video showing the Apache helicopter attack that killed a dozen people in Baghdad, including two Reuters news staff. "These people can put out anything they want, and they're never held accountable for it. There's no before and there's no after," Gates said. One thing for certain, for the people on the ground, there was definitely NO AFTER. Watch the video for yourself and draw your own conclusion.

Oh I'm so delighted you commented on my blog, for now I've found you, a kindred spirit. I resolved this year not to comment politically, etc., as it was doing my head in....
I'm glad you picked up the mantle.
Great blog, thanks.
XO
WWW

Hi there www, welcome to my little space in the blogosphere. :-) Thank you for taking the time to visit. There's so much besides politics to talk about that I know you will never run dry on ideas. I'm hoping I can balance it out a bit, but it so very tempting to stay on a theme. I thoroughly enjoy reading your work and while a new vistor to The Other Side of Sixty, very much enjoy those refreshing visits and the chance to share a little of your world. Take care of you and that LEG. in peace, vp